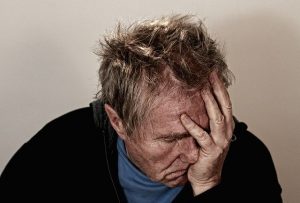 One man suffering from Parkinson’s believes that playing piano can aid to decrease the effects of the disease to his body.

In 2008, Derick Davies was diagnosed to have a disorder known to be progressive and neurological. He is a 74 year old man and experiencing symptoms of tremors. Surprisingly, according to him, such tremors slowly downgraded than doctors predicted. What he did to address this is to sit down with the piano and try to think of positive behavior.

Parkinson’s Disease and Its Symptoms

Parkinson’s disease is a disorder that is believed to be connected to a chemical in the body known as dopamine. This chemical is said to have little supply or no supply at all in the brains of those suffering with the condition. According to Davies, being diagnosed with the disease is a dreadful shock to his overall system.

The disease can be easily detected through experiencing or noticing its main and most common symptoms. Main symptoms of Parkinson’s disease includes tremors, stiffness, and shaking. However, symptoms like sleep problems, memory, and depression are commonly experienced. Unfortunately, the disease cannot be cured just like the question if dementia is curable, but treatments are available to manage the symptoms.

Parkinson’s in UK said that music have a beneficial effect for people. However, tedious research is required to attest with this. That’s why Parkinson’s UK encourages exercise, but there is really no exact approach that suits to all.

Meanwhile, Davies pronounced that it was his good choice to play piano. In turn, this may not be suitable for other Parkinson’s sufferers in managing their condition. Playing keys on the piano while having the disorder needs to have a bit of focus because Parkinson’s generally affects one’s coordination.

According to Dr. Beckie Port, the Research Communications Manager of Parkinson’s UK, incorporating music as part of the interventions can provide essential focal points in the rehabilitation of Parkinson’s disease. Music can act effectively on both the motor and non-motor symptoms. However, more intensive research is needed to permit the improvement of sufficient, specific, and effective approach of music therapy.